Are We Winning The War Against AIDS?

For over four decades HIV/AIDS has spread fear and grief throughout the world. The lethal virus has claimed over 35 million innocent lives, resulted in endless trauma and discrimination, and ignited a massive public scare unlike any other disease. But today, what was once a death sentence has in fact become treatable. The virus still strikes, spreads and kills, but its body count has greatly plummetted. Today, thanks to research and scientific advances, there is reason to hope that humanity is on the verge of winning the war against AIDS - and soon.

The Berlin Patient: In 1995, Timothy Ray Brown was diagnosed with HIV while studying in Berlin.

What followed was a long decade of antiretroviral treatment (ART) to suppress the virus.

Then, in 2006, in an unrelated development, Brown developed blood cancer. To treat this life-threatening disease a blood-stem-cell transplant would be conducted. That’s the usual procedure followed.

But here’s what changed everything – the tissue-matched donor who was selected had inherited from both his parents a rare mutation (the CCR5 or CD195 cell surface receptor, if we’re being technical). This mutation helps build immunity in healthy people against HIV infections.

The result? History. Three years later, though ART had been discontinued, doctors could no longer detect HIV in Brown’s blood.

The London Patient: In March this year, a second person was declared “cured”. The procedure undertaken (in a London hospital) was similar to Brown’s, and the virus was not observed again in the patient though he was taken off treatment for 18 months.

Doctors warn against using the word “cure” for these cases. A cure would be a final, definitive fix to kill the virus in an infected person’s body for good. In the above two cases, the virus’s reproductive chain was broken but it might resume replicating in the bloodstream in the future.

That’s why doctors prefer to say the person is “in remission”. A final, definitive cure for AIDS, meanwhile, is still out of reach.

But it is within our grasp 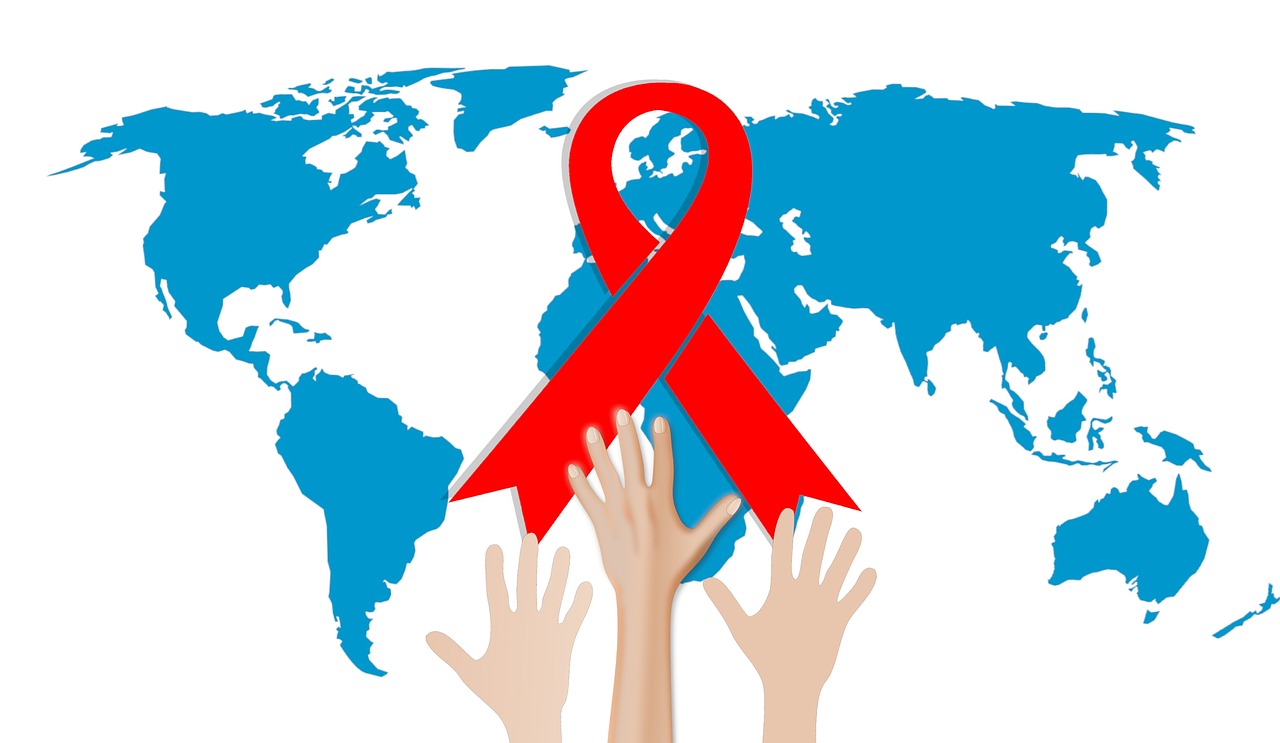 How to Tame A Pandemic: HIV/AIDS was first observed in 1959 but became an international scare only in the 1980s. The pandemic peaked in the mid-2000s, when the mortality was almost two million people each year. Meanwhile, ART was priced at over $10,000/patient/year.

Fast-forward to today, about 15 years later, and you’ll find the amount of ground covered by science and humanity to be astounding. The mortality rate has halved, as has the number of new infections (two-thirds of them in sub-Saharan Africa). Access to treatment has never been more easily available. And antiretroviral therapy? In 2016, it stood at $75/patient/year for first-line treatment.

Meanwhile, the efficacy of treatment has progressed significantly. The first treatments emerged in 1987; in 1996, ART revolutionised HIV care. Over time, the focus of scientists shifted from containing the progression of the disease to reversing it. And treatments have simplified too – from dozens of medications on a daily basis to single-tablet regimens.

This shows the progress that’s been made and gives us reason to be optimistic for even more simple procedures in the future. Case in point: during his treatment, the Berlin patient had to be put in a medically induced coma and had nearly died. The London patient, on the other hand, was put through a milder, more tolerable experience to be “cured”, even though the procedure was a similar one.

How is India Coping With AIDS?: About 2.3 million Indians live with HIV. Since 2010, annual new infections have fallen by 27% (considerably better than the global average of 16%) while AIDS-related deaths have plummeted by 57% (the global average is 33%).

While our progress in the last ten years is admirable, these numbers could – and should – be much, much better. And the movement against AIDS might be losing momentum – in 2017, the number of new infections actually rose, something that’s often blamed on waning interest in the anti-HIV programme and unpredictable funding.

Domestic funding of the anti-AIDS programme has skyrocketed in India since 2012, but government budgetary allocations have fluctuated. For example, in 2015-16 the budgetary allocation to the National AIDS Control Organisation (NACO) was slashed by 22% and a year later it was increased by 17% (in the recent budget, the allocation was boosted by 30%). These fluctuations have hurt the functioning of prevention programmes and laid off many health workers.

The big obstacle India faces in eradicating AIDS is the “epidemic of non-communication”. The government’s test and treat policy provides free and guaranteed ART to patients, but only 56% of those afflicted are on this treatment. Though over 70% of the population is aware of this disease, many are unaware of its links to unsafe sex and drug use, or its treatments. This is especially critical in rural areas, where 40% of youth don’t have knowledge about AIDS. A lot of this might have to do with the societal taboos around sex and sex education prevalent in our society.

How Close is India to Eliminating AIDS?: Well, the UN’s goal is to end the AIDS epidemic globally by 2030. To achieve this goal, they have a sub-target called “90-90-90”, to be reached by 2020. 90-90-90 stands for ensuring that 90% of those infected know their HIV status, 90% of those diagnosed will receive sustained treatment, and 90% of those treated will have viral suppression.

Look How Far We’ve Come: The Berlin and London patients were milestones in the race to the Holy Grail – a definitive cure for AIDS – and experimental science around this topic has grown even more sophisticated since then.

Today, DNA editing, gene knockouts and even laser technology are being used to combat HIV or research treatments. Awareness about the causes and treatments of AIDS has spread like wildfire, aided both by governments and NGOs. And even as efforts to find a cure are tantalisingly close, vaccines are also being developed and tested to prevent AIDS in the first place.

Black & White: CRISPR is a field of particular interest to researchers. Its technology uses a protein called Cas9 to add or remove targeted portions of the human genome. Scientists opine that as the tech develops it could be used to target the virus in an infected person’s chromosomes. It has already been used in mice and monkeys with relative success.

But with great power comes great controversy. Last year, a Chinese scientist used CRISPR to meddle with CCR5 in human embryos to create the world’s first genetically edited babies (two twin girls, and possible more children). The scientist argued that he was enabling HIV-resistant human beings, but his “project” was met with near-unanimous international backlash. It was panned as “human experimentation” and sparked a major debate on bioethics and genetic engineering.

Still Not at the Mountaintop: Since the beginning of the AIDS epidemic, 35 million people across the world have lost their lives to this dreadful disease. Today, 36.9 million people still live with HIV.

In a matter of four decades, humanity has come a long way – from struggling to deal with a global pandemic to coming close to a cure. But while it can be said that we are winning the war against AIDS, we must keep in mind that the end is still some distance away.

(We are now on your favourite messaging app – WhatsApp. We strongly recommend you SUBSCRIBE to start receiving your Fresh, Homegrown and Handpicked News Feed.)